A survey commissioned by the Tamil Nadu government to study the impact of the COVID-19 pandemic on the State’s economy during March-May has found that in 53% of the households surveyed, at least one member had lost his/her job during the period.

The job losses were more or less evenly distributed between rural and urban households.

Carried out by the Madras Institute of Development Studies (MIDS) and the State Department of Economics and Statistics during the third week of June, the telephonic survey covered 10,031 households spread across all districts of the State.

Called the ‘Tamil Nadu COVID-19 Pulse Survey’, the exercise was aimed at providing the government with immediate and reliable data to help design appropriate policy measures for the mitigation of the adverse impacts on key variables like work status, efficacy of government financial support schemes and reverse migration.

Most of the affected persons — 83.4% of household members — were casual labourers, and could not find work. As much as 13.3% of members of households who belonged to the salaried class in the private sector had lost their jobs. 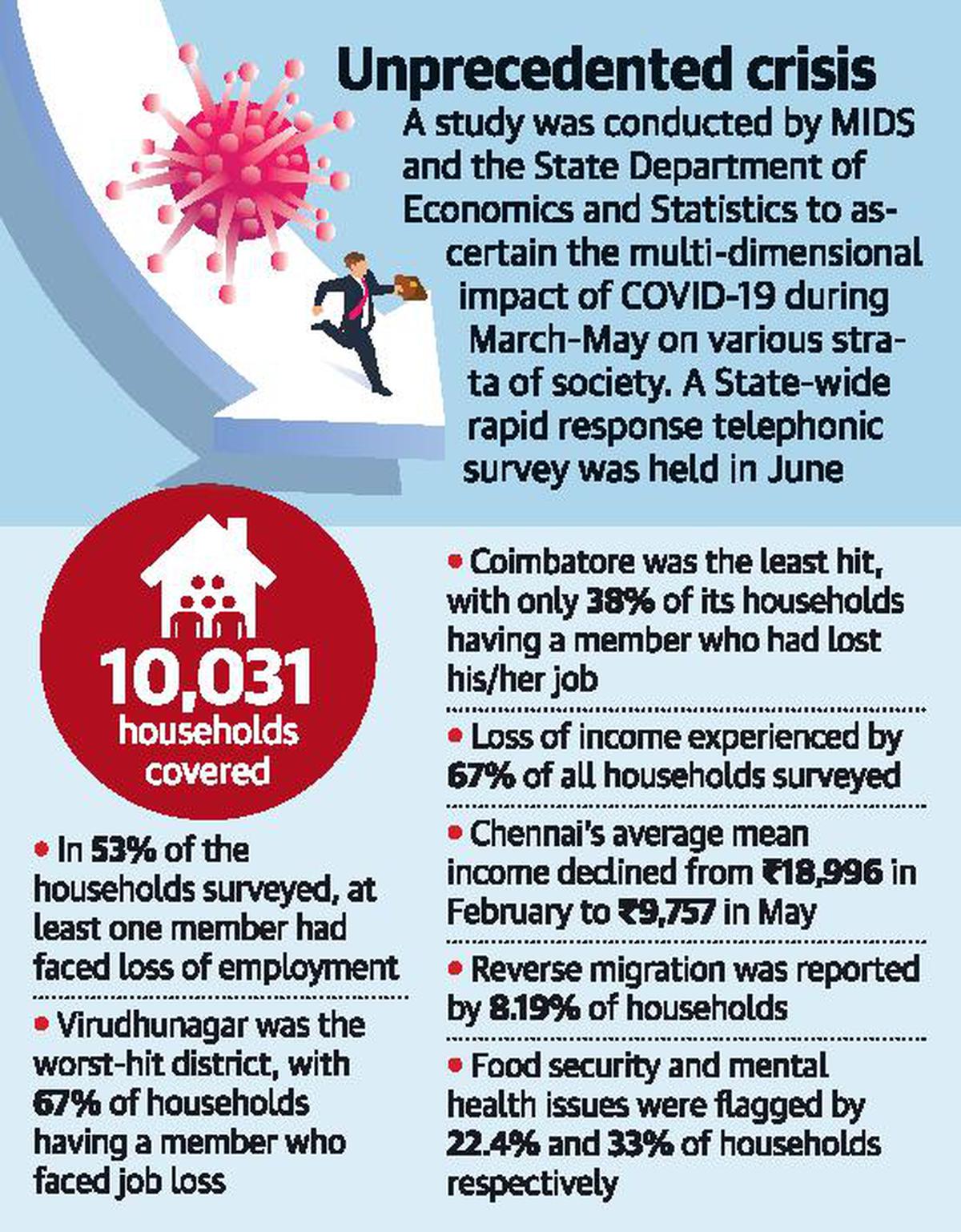 As regards the Mahatma Gandhi National Rural Employment Guarantee Scheme (MGNREGS), 37% of rural households reported for work in February before the pandemic broke out. Of them, about two-thirds — 64.68% — resumed work under the scheme in late April. This meant the rest — 35.3% — were not “completely reliant” on the scheme during the lockdown period.

A perusal of the average mean income showed that Chennai witnessed the sharpest fall — it went down from ₹18,996 in February to ₹9,757 in May. Erode was among the top three districts, with the mean income fluctuating between ₹19,395 and ₹14,914. Ramanathapuram and Thanjavur were at the bottom of the table.

As much as 8.19% of the households surveyed reported reverse migration. Of those who had returned to Tamil Nadu, 44.21% had worked in Karnataka and 22.11% in Kerala. By the time the survey was undertaken in late June, 23.19% of the returnees had gone back to their places of work.