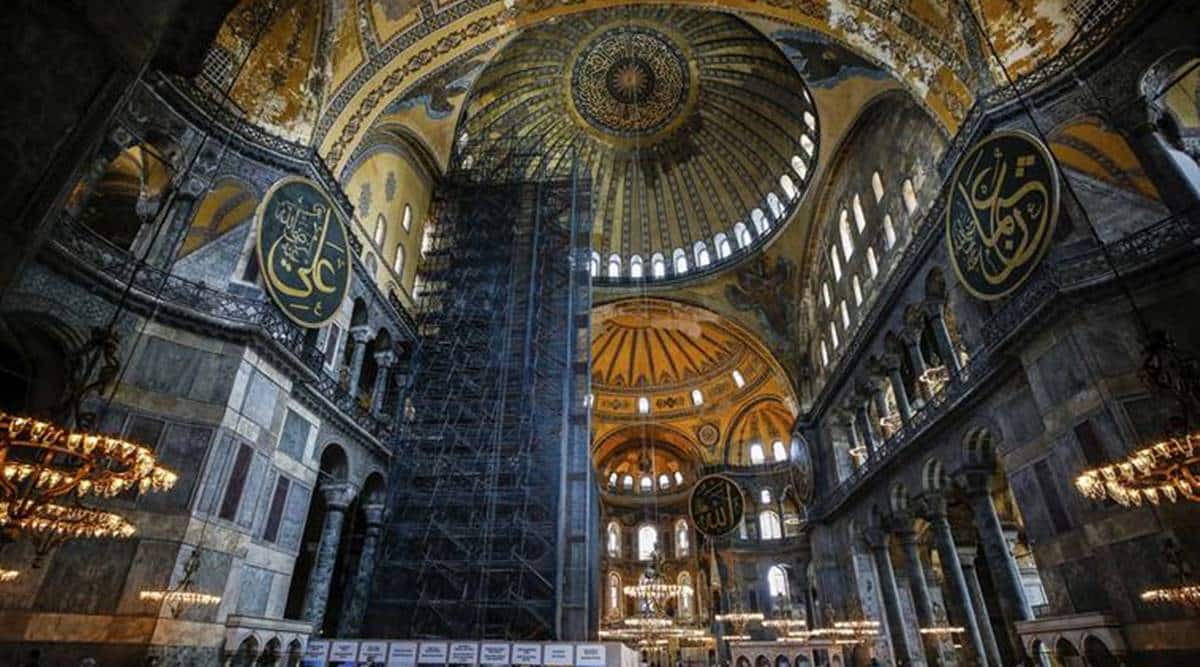 At Hagia Sophia, curtains have been drawn in front of an image facing worshippers of Mary and the infant Jesus.

Turkish President Tayyip Erdogan reconverted the historic Chora church, one of Istanbul’s most celebrated Byzantine buildings, into a mosque on Friday, a month after opening the famed Hagia Sophia to Muslim worship. The mediaeval Church of the Holy Saviour in Chora, built near the ancient city walls of Constantinople, contains 14th century Byzantine mosaics and frescoes showing scenes from biblical stories.

They were plastered over after the city was conquered by the Muslim Ottomans in 1453, but brought to light again when – like Hagia Sophia – the building was converted to a museum by Turkey’s secular republic more than 70 years ago.Erdogan, whose AK Party is rooted in political Islam, has positioned himself as a champion of Turkey’s pious Muslims and last month joined tens of thousands of worshippers in the first prayers at Hagia Sophia in 86 years.

Opinon | The shadow of Hagia Sophia

The move was sharply criticised by church leaders and some Western countries, who said that reconverting Hagia Sophia exclusively for Muslim worship risked deepening religious rifts.Last year a Turkish court annulled a 1945 government decision converting Chora – known as Kariye in Turkish – into a museum run by the Education Ministry.

On Friday, an edict signed by Erdogan and published in Turkey’s official gazette declared “the management of the Kariye Mosque be transferred to the Religious Affairs Directorate, and (the mosque) opened to worship.

“A church was first built at the site in the 4th century, but most of the existing building dates to an 11th century church that was partly rebuilt 200 years later following an earthquake.

Erdogan’s edict on Friday did not say when the first Muslim prayers would be held at Chora, or what arrangements would be made for the Christian artworks there. At Hagia Sophia, curtains have been drawn in front of an image facing worshippers of Mary and the infant Jesus.