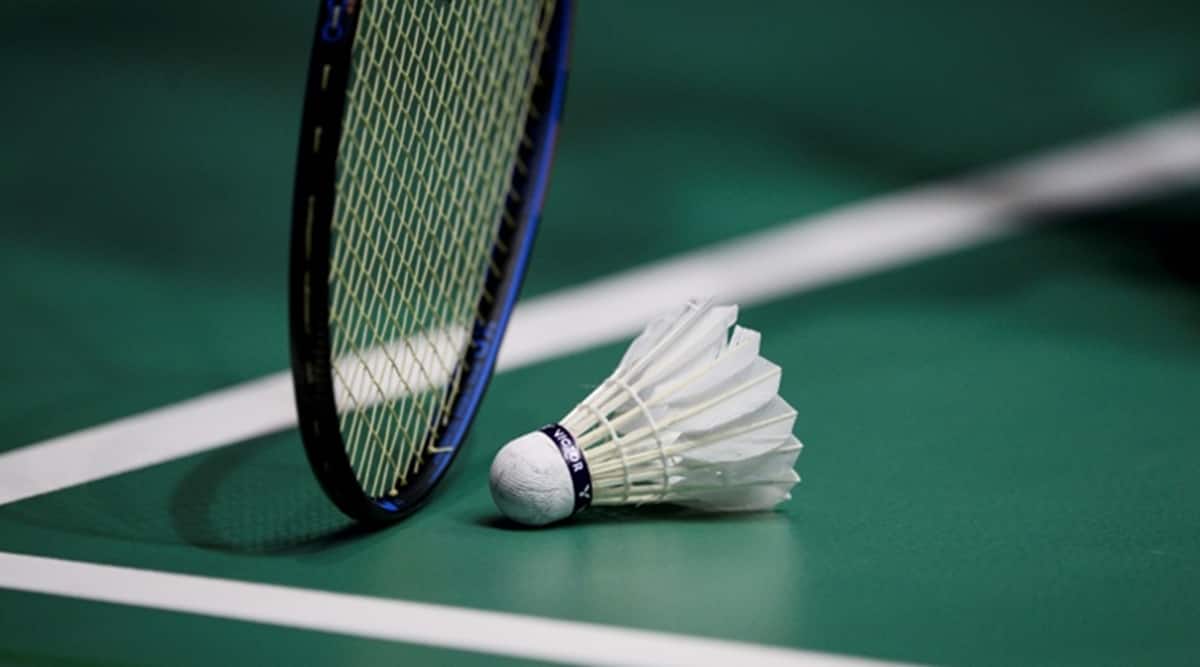 Prior to heading to Denmark, players and team entourage will be required to undertake COVID-19 PCR tests. (Source: File)

Don’t expect international badminton’s most endearing photo-op any time soon in Covid times even if the sport sets about to resume with strict safety protocols inside a ‘Family bubble’. It’s where the runners-up (and bronze winners in certain tournaments), poses with the winner on the same podium high step, in what is an affable end to high intensity, bruising face-offs. Shuttle’s enduring frame is set to look socially distanced.

“Group photo is allowed but physical distancing guidelines as per the local health authority must be followed. In the absence of such guidelines, a minimum distance of 1 metre between and around the guests/players must be observed,” the BWF guidelines released on Friday, noted.

Simplest of acts like how a shuttle is picked, restrictions on number of players in warmup zones, just the one coach sitting behind a player and service judges with gloves will be some of the most visible changes on the new shuttle landscape.

Badminton will attempt an ambitious top-level comeback from the Covid-enforced stoppage which kicked in abruptly post a stressful All England in March in the form of a proposed 66-day, 6 tournaments mammoth tour across two continents in a protected bubble.

This will be followed by a two weeks transition time before the caravan shifts to the Asian leg of the BWF World Tour in weeks 46, 47 & 48. Two USD 1 million Super 1000 meets dubbed ‘Asia Open 1 & 2’ followed by the season-ending World Tour Finals (USD 1.5 billion) at one single location which is being finalised.

“Transport arrangements are being considered for all participants to be transferred with a chartered and dedicated badminton participants flight from Denmark to the Asian leg location. This is however not yet confirmed and more information will follow in due course,” the guidelines stated. BWF will take charge of transportation from Aarhus to Odense and also arrange for practice facilities in Denmark and for the location of the two-week screening period, plus Asian leg tournaments to support teams and players.

BWF also advised that players not break the continuity of the travelling bubble. “Teams and participants entering tournaments during the European and Asian legs are advised to not return to their home countries as many would then have to undergo a 14-day quarantine period upon their return,” the BWF stipulated.

“It is good badminton is starting off. Definitely challenging times and we have a lot of SOPs in place. But like other things have opened up, badminton also has to open up. And to have two tournaments back to back is a good thing for BWF to pull off,” national coach Pullela Gopichand, said. He confirmed all top players from India are expected to travel.

“All our top players will travel and participate. Though this may not have all of the countries participating. As far as I can see, it’s a good beginning. Let’s hope there’s no hiccups. It’s good BWF thought of something different and is going ahead with it,” he added.

Prior to heading to Denmark, players and team entourage will be required to undertake COVID-19 PCR tests – one test mandated per player at each tournament – before leaving the home country. They are not required to undergo quarantine upon arrival in Denmark – just a negative COVID-19 test and relevant travel documentation.

All tournament tests will be the PCR (Polymerase Chain Reaction) method requiring both nasal and throat swab samples, with the test to be done no later than three days before arriving at the tournament airport. Wearing of face masks is not required when preparing or playing but compulsory in the Green Zone.

A bunch of other changes are peculiar to badminton.

Service Judge will be seen wearing latex gloves or use alcohol-based hand sanitisers whenever on duty during a match and always practice good hygiene measures such as not touching their face, sneezing into their hands, etc, the guidelines stated.

The feather birds suddenly demand cautious handling before they are demolished by a smash. “A shuttlecock dispenser must be provided at each end of the court. The dispenser will be managed/loaded by shuttlecock control staff. When a player wants to change a shuttlecock and is allowed to do so by the Umpire, the player takes a shuttlecock from the dispenser and returns the used shuttlecock to the Service Judge with the racket or drops it into the shuttle box,” the protocol says.

Unlike the two earlier, only one coach is permitted to sit for matches per player/pair.

Instead of shaking hands, players will touch rackets with their opponents and nod/put their hand across their chest when greeting the match officials.

A maximum of eight players will be allowed in warmup zones with time limits imposed if players are waiting their turn. All tournament tests will be the PCR method requiring both nasal and throat swab samples. (Source: File)

Badminton can see dozens of matches go on simultaneously. “If the same coin is used for multiple matches, the coin shall be disinfected between matches. Umpires shall ensure that there is adequate space between players during the coin toss,” the guidelines say.

Player transport is expected to be a tight moving jamboree. “If the venue is within walking distance to the hotel, if possible, it is recommended that the same route be used for members of the Green Group in order to avoid unnecessary interaction with other persons.”

Minute movement logistics will be micro-managed. “It is also advised to keep room doors open or have them managed by volunteers wherever possible, in order to minimise the number of people touching the handles,” the guidelines said.

Venue catering services have been instructed to avoid buffet services. “In order to ensure good food hygiene practices, it is not recommended to offer buffet service as sharing of utensils and cutlery may potentially spread the virus.”

The improvised situation might lead to player appearance/meet and greet activities via online mediums.

While most top-level global sport has built itself around a single-city, sole-venue model, badminton might be the first sport to attempt an ambitious travelling bubble – across two continents. This poses its own set of transit rules.

Players will be expected to arrive early to the Asian leg to undergo a “Screening Period” in the host country of up to 14 days. “This will not be a strict quarantine setup where participants are confined to be in their hotel rooms, but will be a “Screening Period” where participants have restricted movement possibilities. Participants will, however, be able to move around the hotel (including outdoor hotel premises) and also, most importantly, to practice in badminton training facilities. If this “Screening Period” is necessary (to be confirmed once fully clarified with possible host locations) then all participants will have to leave immediately after the last tournament in the European leg to arrive at the Asian leg location early in Week 44,” the guidelines read. Accommodation costs during the “Screening Period” will be covered by BWF.

“A budget has been set aside to execute this,” a BWF spokesman said.

Any breach of the guidelines and protocols can mean that accreditations are revoked, the BWF said. “Participants will not allowed to enter the venue and participate in the tournament,” the guidelines warned.

Perhaps the most heart-breaking absence will be felt by the first of tournaments. Badminton in Denmark has a rich history of seniors, older badminton enthusiasts, retired professionals, stepping up as volunteers, running its entire tournaments. With the prestigious team event, Thomas Uber Cup, returning to Denmark, that sight is unlikely to return. “The age and health record of the volunteer to be considered before signing on volunteers. This is to avoid having volunteers who may be at greater risk if exposed to COVID-19,” the guidelines noted.