Here are some of the most iconic films by Mahesh Bhatt.

Mahesh Bhatt has returned to the director’s chair after 21 years for Sadak 2. The filmmaker took a step back from direction in 1999 after the release of Sanjay Dutt starrer Kartoos. Even though he produced several films, it has been over two decades since we saw a quintessential Mahesh Bhatt film.

Sadak 2 is a sequel to his 1991 film Sadak that was loosely inspired by Martin Scorsese’s Taxi Driver. In Sadak, Dutt plays the role of a taxi driver who chances upon Pooja (Pooja Bhatt) during one of his trips and finds out that she is being forced into sex work by a transgender pimp Maharani (Sadashiv Amrapurkar). Sadak ended with the lovers united, and it seems like Sadak 2 acknowledges the life that the two shared since the events of that movie.

Here are some of the most iconic films by Mahesh Bhatt that you must watch: Mahesh Bhatt garnered a lot of recognition after the release of Arth that starred Smita Patil, Shabana Azmi and Kulbhushan Kharbanda. The film revolves around an extra-marital affair and is loosely inspired by Bhatt’s own life. Arth was considered bold for its time as the society at large still considered adultery a taboo topic. Arth continues to inspire newer filmmakers as it was remade in Pakistan in 2017. Filmmaker Revathy is also helming a new version of the movie.

Starring Anupam Kher in the lead role, Saaransh enjoys a cult following today. Bhatt cast a young Anupam Kher to play an elderly man who is dealing with the death of his only son. The deeply existential nature of the film continues to resonate with film buffs and is one of Mahesh Bhatt’s best works. Sanjay Dutt and Kumar Gaurav in a still from Naam.

Starring Sanjay Dutt and Kumar Gaurav in the lead roles, Naam is an emotional saga of two brothers. Dutt wants to be a successful man, but his dreams lead him to an illegal business outside the country where he is eventually trapped. Paresh Rawal, Amrita Singh, Nutan also star in the tragic story that is still a tear-jerker.

Released 22 years ago, Zakhm deals with religious fanaticism. Here, we follow a man who promises his mother that she will be buried as per her faith, even though she has spent half her life hiding it. The social construct which prohibits him to acknowledge his mother’s faith and the moral dilemma that his mother had to face forces one to think about the state of religion in the country. The film starred Ajay Devgn, Pooja Bhatt, Nagarjuna, Sonali Bendre, Ashutosh Rana among others. The film won the Nargis Dutt Award for Best Feature Film on National Integration. 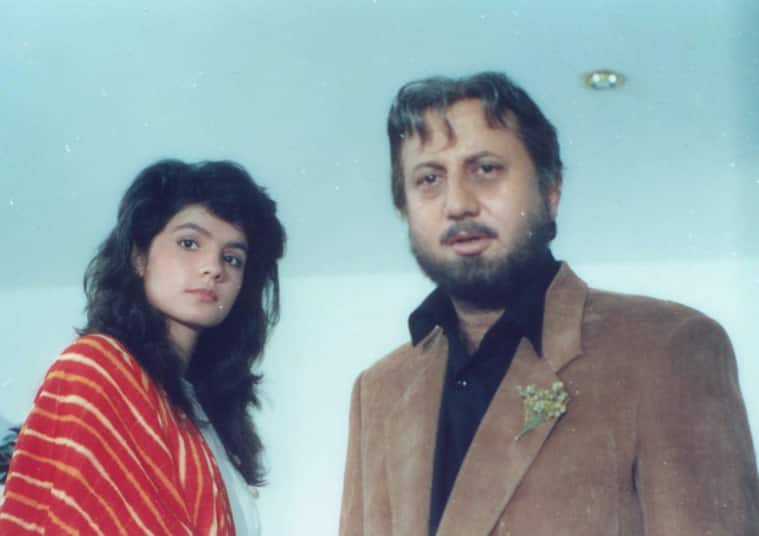 Pooja Bhatt and Anupam Kher in a still from Daddy.

Starring Anupam Kher and Pooja Bhatt, Daddy is the story of a father who is struggling with alcoholism. Kher plays the father who shares a rocky relationship with his daughter, played by Pooja. At the time, Mahesh Bhatt was himself struggling with alcoholism, and he has spoken about it openly on various platforms. He added many elements from his own life into the movie.

Aashiqui was another feather in Mahesh Bhatt’s hat. The musical hit was a classic love story where the lovers have to overcome obstacles to come together. The film starred Rahul Roy and Anu Aggarwal in the lead roles.