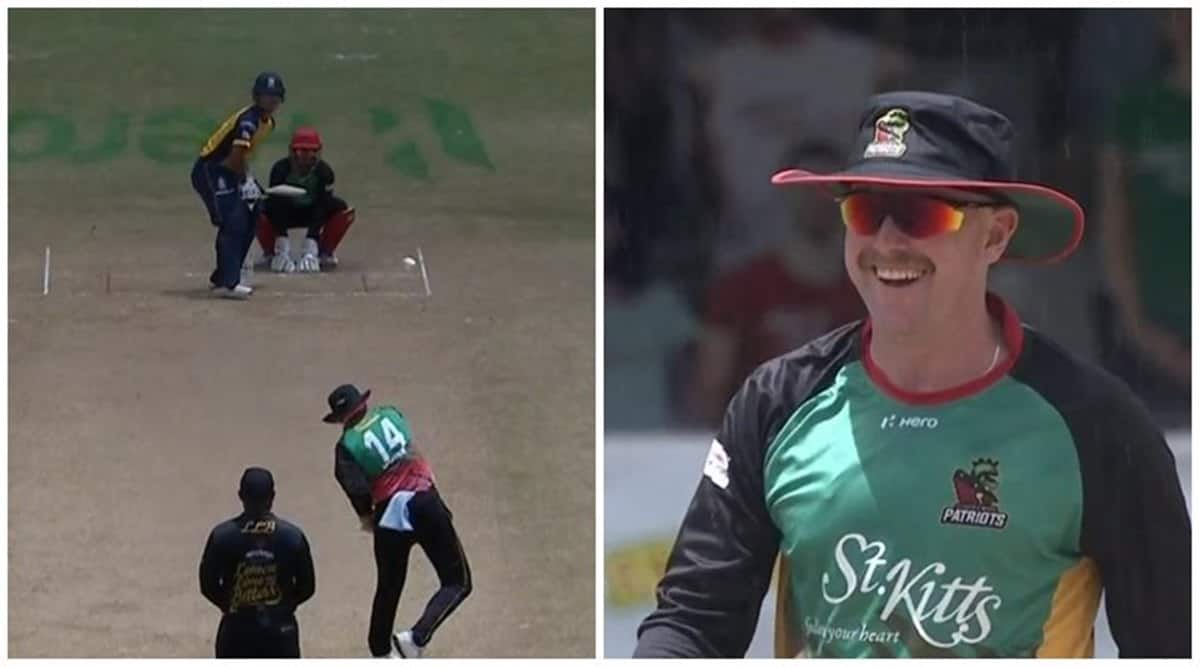 After smashing back to back sixes to help St Kitts and Nevis Patriots to secure their first win, Australian cricketer Ben Dunk was seen performing a rare role for his side against St Lucia Zouks.

Dunk bowled a total of 2.4 overs wearing his hat and shades, adding a completely new dimension of wearing accessories while bowling in a competitive match. He also went on to pick his maiden CPL wicket by dismissing Najibullah Zadran.

The appearance of Dunk was appreciated by the fans, with many claiming this as one of the reasons for CPL being as the ‘biggest party of the year’.

Ben Dunk bowling in a floppy with his bins on absolutely sums this year up pic.twitter.com/fdKRfqC1Xf

BEN DUNK IN THE SUNHAT! A first Hero CPL wicket, a 3rd of his T20 career – Najibullah wanted another biggie, but he gets under it and Alzarri Joseph makes no mistake.

Ben Dunk coming on to bowl with a hat on is exactly why the CPL is the biggest party in sport 🎉 pic.twitter.com/4qjnd9TdGO

I was just flicking through the channels and saw Ben Dunk bowling in this hat in the Caribbean Premier League. Glorious #CPL2020 pic.twitter.com/ph9xKN1vcl

Surely @bendunk51 taking a wicket while bowling with long sleeves, sunglasses and a wide-brimmed floppy hat is the greatest moment in @CPL history #CPL20 #CPL2020 pic.twitter.com/uxfSEsOY0D

What happened in the match?

Afghanistan all-rounder Mohammad Nabi claimed 5 for 15, powering St Lucia Zouks to a comprehensive six-wicket win over the Patriots. Patriots were restricted to 110 for 9 in 20 overs, Zouks were never in trouble and coasted to an easy win with 32 balls to spare.

It has been three months since Bollywood actor Sushant Singh Rajput passed away. Ever since, there has been rapid developments