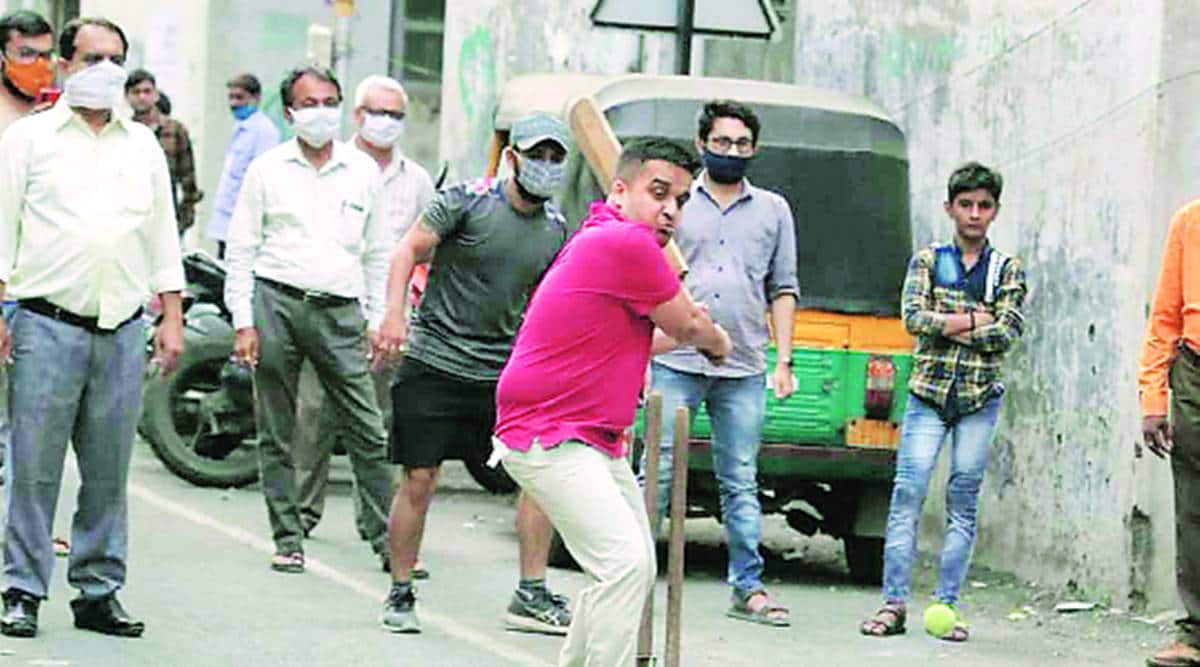 Playing street cricket with youths in Surat without wearing a mask and not observing social distancing has landed BJP MLA from Majura seat, Harsh Sanghavi, into a controversy, even as Congress leaders have requested Surat Police to book the MLA under sections of the Epidemic Disease Act.

Youth Congress leader Gaurang Patel (26), a resident of Parle Point in Surat, said that BJP MLA Harsh Sanghavi, on Sunday, had posted a photo of playing cricket with youths on a street in Kharwarnagar area of the city. Sanghavi was not wearing a mask while he was batting, Patel said.

Patel said that during the course of the Covid-19 outbreak, the lockdown and the subsequent unlock, several guidelines have been issued for citizens to prevent further transmission of the viral infection. The commissioner of police in Surat had also issued a notification, appealing people to wear masks before stepping out in public, maintaining social distancing, etc.

Notably, Umra police had penalized youths playing cricket on a ground in Pilod area of the city on September 27.

In this regard, Patel demanded that strict action be taken against Sanghvi for violation of Covid guidelines and that he be booked under the Epidemic Diseases Act as “nobody is above the law”.

Patel told The Indian Express, “We want action to be taken against BJP MLA Harsh Sanghavi for violating Covid-19 guidelines. We have submitted an application to the police and if no action is taken, then we will go to higher authorities including the Gujarat High Court and the National Human Rights Commission. Along with the application, we have also submitted photos of Sanghavi playing cricket. which clearly indicate that he violated Covid norms.”

In response, Sanghavi said, “I was on a tour in Kharwarnagar area and saw a few youths playing cricket. To cheer them up, I picked up a cricket bat and played with them for some time. If I have made a mistake by playing cricket and running from one end to other end to make runs, then I am ready to get punished, but it should be proved (sic).”