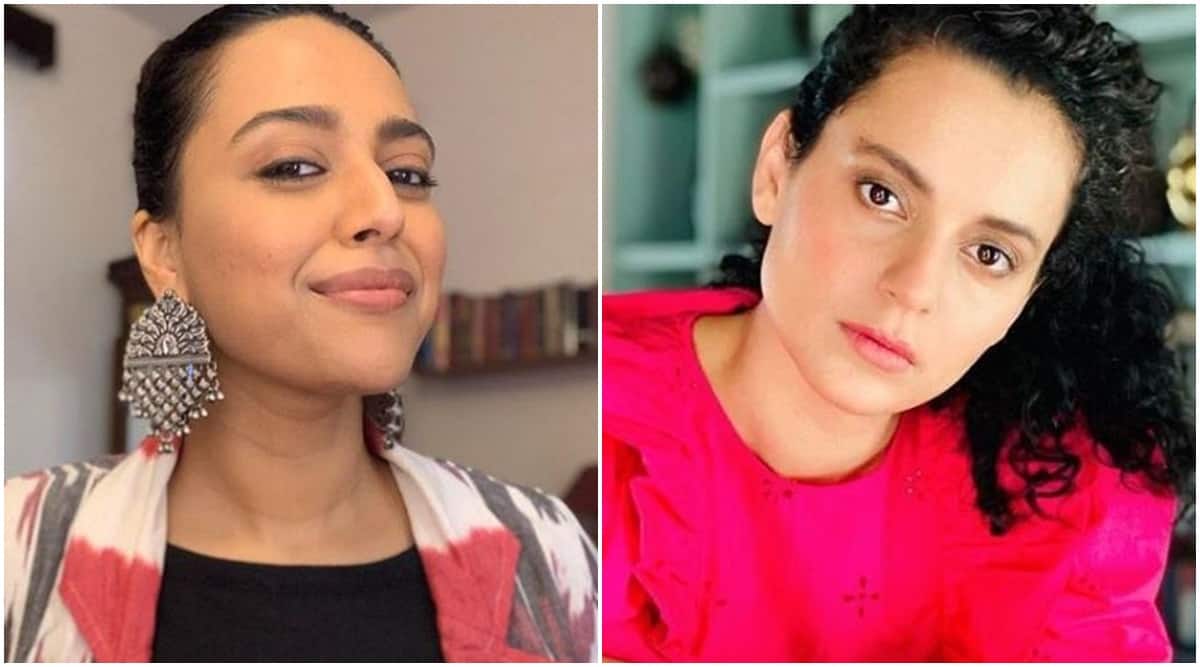 Swara Bhasker and Kangana Ranaut are among those who have reacted to the news on social media. (Photo: Instagram/swarabhasker, kanganaranaut)

After top Bollywood producers on Monday moved court against two channels for making ‘defamatory’ remarks about the Hindi film industry, celebrities took to social media to share their reactions.

Former actor and host Simi Garewal tweeted, “#BollywoodStrikesBack About time too! These news media channels had crossed all limits. Using stars and abusing them for TRPs!! Why should it be tolerated?”

Rajiv Lakshman welcomed the collective stand by Bollywood. He posted on Twitter, “#BollywoodStrikesBack This is welcome news. This is a global industry & a cultural ambassador of India which provides livelihood to countless families. Time to stop being a soft target. Pls also rally behind @Tweet2Rhea. She’s part of the fraternity & viciously targeted.”

Ranvir Shorey wrote, “I have said this repeatedly, Bollywood may have its issues, but they pale in comparison to what news media has become. That’s where the real cleaning needs to happen. #CleanupNewsMedia #BollywoodStrikesBack.”

Meanwhile, Kangana Ranaut shared a post which read, “Bullywood the gutter of drugs, exploitation, nepotism and jihad. Its lid is off, instead of cleaning this gutter #BollywoodStrikesBack well file a case on me also, till the time I am alive I will continue to expose you all #BollywoodStrikesBack.”

The suit filed through DSK Legal firm said, “This comes in the wake of these channels using highly derogatory words and expressions for Bollywood such as ‘dirt’, ‘filth’, ‘scum’, ‘druggies’ and expressions such as ‘it is Bollywood where the dirt needs to be cleaned’, ‘all the perfumes of Arabia cannot take away the stench and the stink of this filth and scum of the underbelly of Bollywood’, ‘This is the dirtiest industry in the country’, and ‘cocaine and LSD-drenched Bollywood’.”