The US Open becomes the first Grand Slam of the COVID-19 era when it starts on Monday in a spectator-free bubble at Flushing Meadows following a troubled build-up that saw several top stars withdraw over coronavirus fears.

Novak Djokovic and Serena Williams headline a tournament that will be unrecognisable from previous Slams due to strict safety protocols that were still not enough to convince some of tennis’ biggest names to travel to New York.

Defending champion Rafael Nadal and women’s No. 1 Ashleigh Barty are among high-profile absentees at the US National Tennis Center.

Raucous crowds are a hallmark of the US Open, but this time the cavernous Arthur Ashe Stadium will be eerily empty. The players are being kept in a tightly controlled environment with regular testing throughout the tournament. Any competitor who tests positive once the event has started will be automatically withdrawn.

Most competitors are staying at one of two hotels about 30 minutes from the venue. A few, including Djokovic and Williams, have chosen to stay in private homes where they must pay for 24-hour security approved by the United States Tennis Association (USTA). The security teams are obliged to provide the USTA with information regarding when the player leaves and arrives at the house. 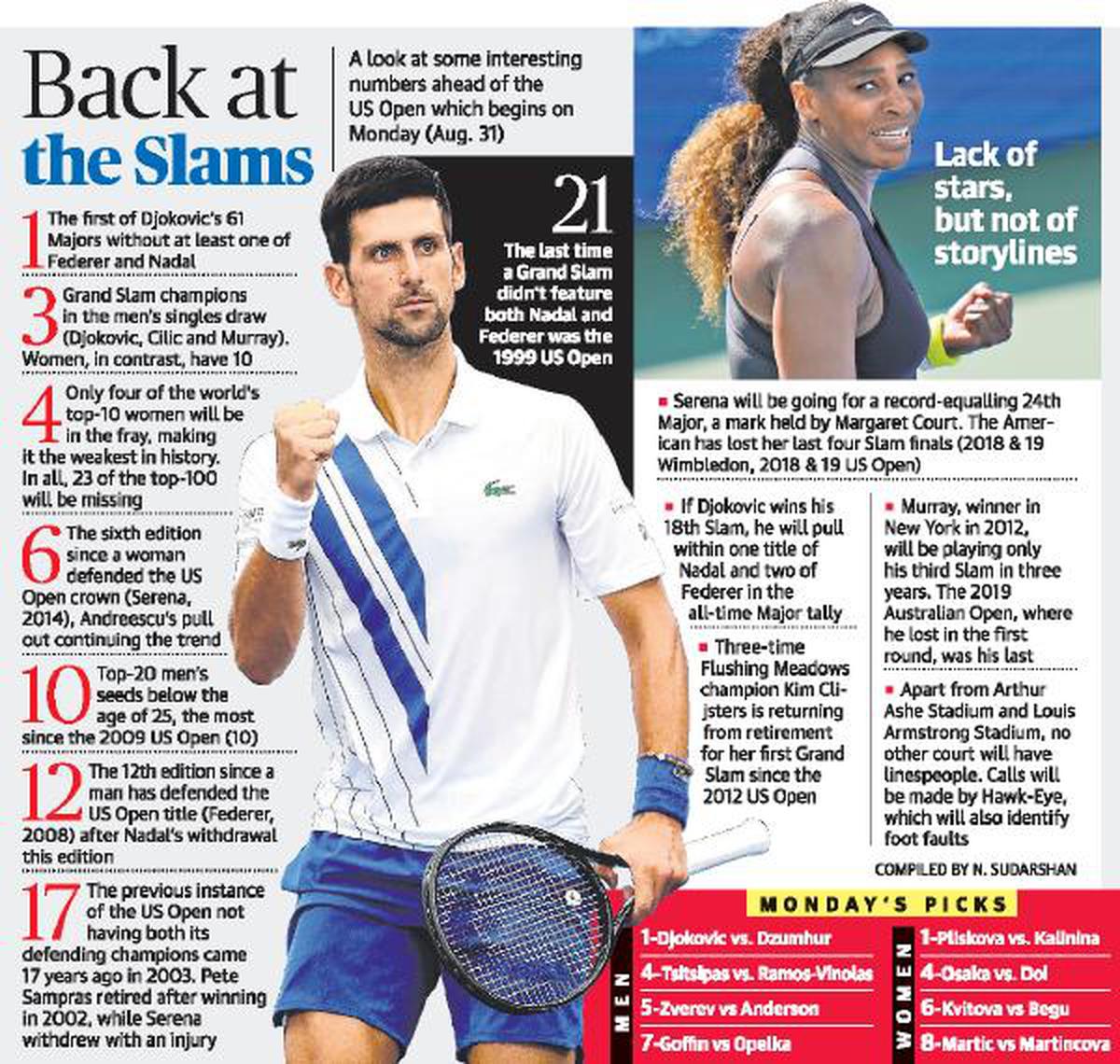 No player is allowed to travel anywhere other than between the venue and their accommodation. Any player who leaves the bubble without the written consent of organisers will be thrown out of the tournament.

Players are to wear masks when not playing or eating, while ball-persons and lines officials will wear face coverings on court on the Arthur Ashe and Louis Armstrong stadiums. There will be no lines officials on the outer courts, where Hawk-Eye technology will make line calls.

Organisers are limiting the locker rooms to 30 players at one time, with competitors encouraged to shower and then head outside as quickly as possible where activities including basketball hoops have been put up.

The absence of World No. 2 Nadal and Swiss legend Roger Federer, who is recovering from knee surgery, give Djokovic a golden chance to close the gap on his fierce rivals in the records race. A win would take the 33-year-old to 18 Grand Slam titles, behind Nadal on 19 and Federer on 20.

Djokovic has captured five of the past seven men’s singles Slam crowns and is overwhelming favourite to capture a fourth US Open title.

France’s Benoit Paire, the 17th seed, tested positive for COVID-19 and pulled out of the tournament. He was scheduled to play Poland’s Kamil Majchrzak in the first round.