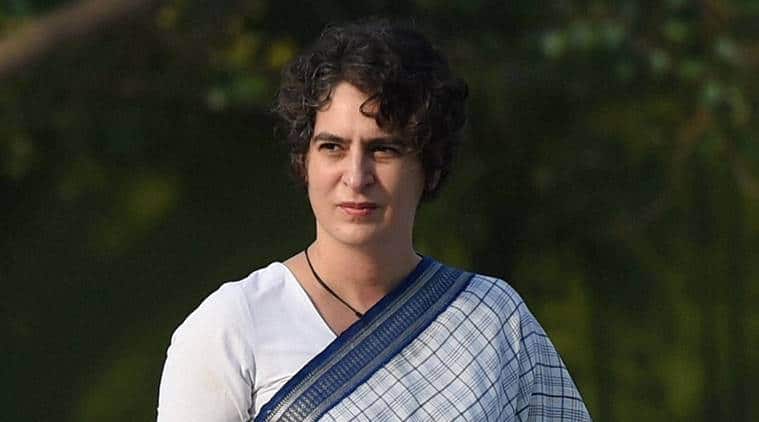 The Congress on Tuesday condemned the arrest of party leader Shahnawaj Alam in connection with the December protests against the new citizenship law (CAA) and the National Register of Citizens (NRC). While Congress general secretary Priyanka Gandhi Vadra accused the BJP government of using police “as an instrument to suppress” the voices that question it, party leaders, led by state Congress chief Ajay Kumar Lallu and CLP leader Aradhna Mishra, hit the streets of Lucknow protesting Alam’s arrest.

“Leaders and workers of Congress are committed to raising the issue of people. While the BJP government can suppress other political parties by making police an instrument of suppression but it would not be able to stop us,” Priyanka tweeted.

She also uploaded a CCTV footage purportedly from Alam’s residence showing him being whisked away by police in plain clothes on Monday night. “…Such action of the police is suppressive and unconstitutional. But soldiers of Congress would not be scared of fake cases and police lathicharge,” Priyanka said, referring to the arrest of Ajay Kumar Lallu on May 20 for allegedly providing fake documents of buses, which the party had arranged to transport migrant labourers from the UP border to their home districts.

Alam was arrested from Hazratganj Monday night over with a violent protest during the anti-CAA agitation on December 19 last year. —WITH PTI