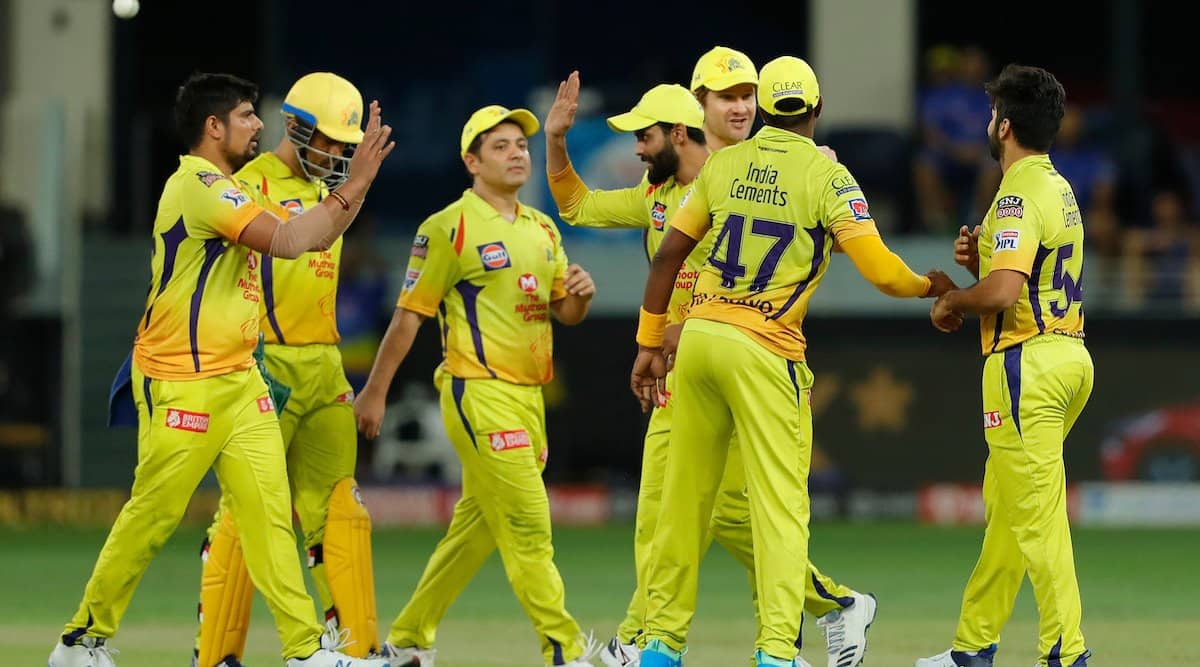 It eventually came down to Chennai Super Kings versus Kane Williamson. The Kiwi great was painting a picture, while going at strike rate of close to 150. His 39-ball 57 was the innings of the night. But an asking rate of 15 got the better of him as CSK stayed alive in the tournament.

A plan was in place. Karn Sharma tossed one up outside off-stump, forcing Williamson to reach out for the slog-sweep. He failed to time it properly and holed out to Shardul Thakur at long-on. Sunrisers Hyderabad, though, weren’t going down without a fight. Rashid Khan and Shahbaz Nadeem still made it a 19-run over. MS Dhoni lost his cool and berated the leggie.

CSK were playing virtually a win-or-bust game. They defended 167 to win by 20 runs. Winning the toss and batting first gave Dhoni an opportunity to apply his famed choke. He remains a master at that tactic.

To defend a par score, CSK needed to choke the opponents. They played an extra spinner in Piyush Chawla on a sluggish pitch that turned a bit. CSK had to contain SRH in the Powerplay to start with. The wickets of David Warner and Manish Pandey meant that the chase began on the wrong foot. Then, Dhoni applied his spin-choke through Ravindra Jadeja and Sharma. Jadeja breached Jonny Bairstow’s defence. Sharma’s first three overs conceded 18 runs, including the wicket of Priyam Garg. By the halfway stage of the chase, the asking rate was touching 11.

Dhoni rotated his bowlers and only Sharma and Deepak Chahar completed their quotas. Thakur bowled only two overs but dismissed Khan, when the latter was threatening to pull off an upset. Chawla was used for just one over. Seven bowlers combined to strangulate the SRH batting. 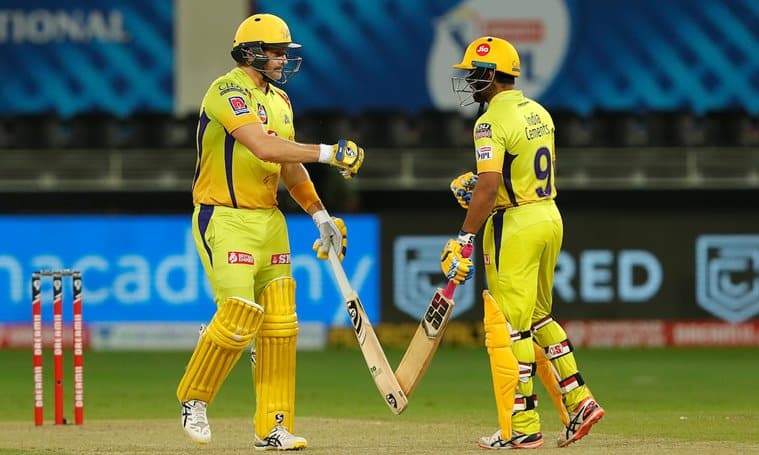 After 14 overs, when the second strategic timeout was called, Chennai Super Kings were 102/2. Shane Watson and Ambati Rayudu were in the middle of a pretty decent partnership, and as Kevin Pietersen said from behind the mic, they had the licence to swing.

Watson started off after the mini-break with a couple of sixes against Rashid Khan and it felt like finally, CSK were on the way to shrugging off their power-hitting blues. But as has been the team’s wont this season, Rayudu and Watson departed in quick succession, both to friendly full-tosses. Rayudu picked David Warner at long-off on a Khaleel Ahmed delivery to perfection. He was livid. Unlike the last game, the middle-order batsman was showing intent but a soft dismissal undid his good work.

Watson followed suit in the next over, hitting a T Natarajan delivery to Manish Pandey at long-off. The fielder had to run a few yards to his left to take the catch. Too many CSK players have been flattering to deceive this term. From Sam Curran, who was promoted to open the innings on Tuesday, to Rayudu and Watson, the sequence continued.

On current form, MS Dhoni batting ahead of Ravindra Jadeja could also be a debatable call. Dhoni made a 13-ball 21, with two fours and a six. But in the twilight of his career, his ability to force the pace is now basically dependent on getting the ball in the hitting arc. When Natarajan allowed the CSK skipper to free his arms, consecutive fours followed. When the left-armer gave him the space to swing, a 102-metre six ensued.

But unlike vintage Dhoni, the current version has been struggling to convert good deliveries into hittable ones. He toe-ended a low full-toss from Natarajan to Kane Williamson at extra-cover. The intention was to clear the in-field. But the 39-year-old body – the hand-eye coordination – betrayed it.

That CSK still reached just about a par score – 167/6 – on this Dubai pitch was down to Jadeja’s lovely little cameo at the back end of the innings.

Earlier, Dhoni eventually won the toss and elected to bat. Putting runs on the board and then applying the spin-choke has had been a proven Dhoni success formula. So far, he had hardly got the opportunity in this IPL.

Curran’s promotion indicated a positive intent. The team management wanted to make use of his 200-plus strike rate in the tournament before this match. Curran laid into Ahmed and CSK had a 22-run over inside the Powerplay. But when he had all the opportunity to carry on and make a difference, the left-hander misjudged the line of a Sandeep Sharma delivery, bowled from around the wicket, and lost the middle stump – deceived by the angle.

Sharma had earlier accounted for Faf du Plessis – a golden duck for the South African – with a beauty. The ball came in with the angle before holding its line, taking the outside edge in the process. He finished with 2/19 from four overs.