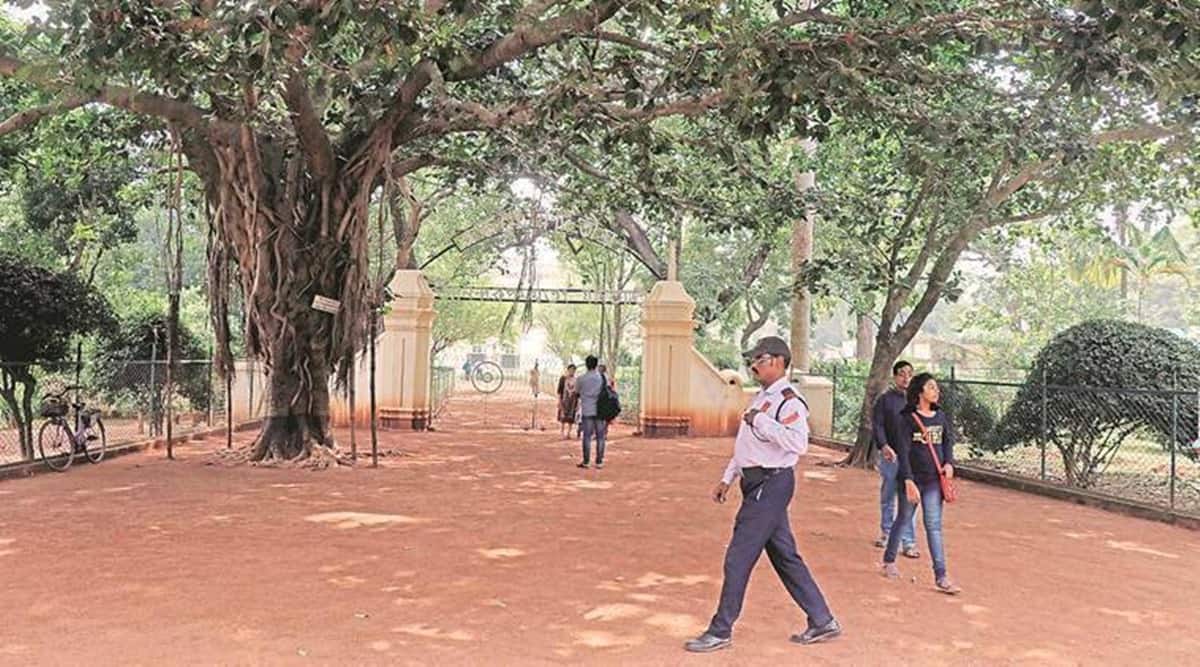 BJP MP Subhash Sarkar wrote a letter to CM Mamata Banerjee demanding a probe into the incident and punishment for the guilty. (File)

The Enforcement Directorate (ED) has sought details from Birbhum police if any financial transaction took place to mobilise people for Monday’s vandalism over the construction of a wall on the Visva-Bharati University campus.

In a letter to Birbhum Superintendent of Police Shyam Singh, the central agency sought details of the accused named in the FIRs and any corruption case related to the university, an ED official said.

“We have sought documents from the Birbhum police regarding FIRs. We want to see whether monetary transactions took place before the violence. We want to find the source of money for mob mobilisation,” the official said.

Meanwhile, BJP MP Soumitra Khan and other party leaders, including Anupam Hazra, took out a rally against the vandalism. The rally kicked off from BJP’s state headquarters in central Kolkata towards Jorasanko Thakurbari but police stopped it before reaching its destination. About 35 BJP workers and leaders, including Khan, were arrested but later released. The BJP also demanded a CBI probe into the vandalism.

“The people are ashamed to witness the vandalism at VBU. The TMC wants to encroach on VBU’s land. We strongly condemn this. We want a CBI probe,” said Khan.

BJP MP Subhash Sarkar wrote a letter to CM Banerjee demanding a probe into the incident and punishment for the guilty.

In a press conference, state BJP president Dilip Ghosh slammed the TMC. “When the Vidyasagar statue was broken, they left no opportunity to malign us. Now they have destroyed the university. Those who are proud of Bengal’s culture and Tagore should see what the TMC is doing,” he said, referring to last year’s incident when the bust was was vandalised in College Street during a roadshow of BJP leader Amit Shah in Kolkata.