Ankit Agarwal, co-founder of Phool.co, is a busy man. Right now he is occupied with petals and puppies. The former is his business and the latter, he found under his desk in IIT (Kanpur), where he currently works out of. IIT is a stakeholder in the company that he launched with Prateek Kumar in 2018.

Phool.co started off with making incense sticks out of re-purposed flowers. These flowers are collected from the Ganges and various places of worship. This initiative was a means to stop pollution caused by emptying of floral waste into water bodies.

“I never thought of temple waste as pollution,” says Ankit. Every day, a vehicle belonging to Phool.co goes around sourcing flowers. Pre-COVID-19, they were collecting around eight tonnes in a day and now the number has reduced to around two-and-a-half to three tonnes, say sources from the company. Once acquired, they are dried to get rid of the water. Of late, Phool.co has also been gathering flowers from events like weddings. They get a lot of marigold, hibiscus, jasmine, tulsi leaves, roses and sometimes exotic plants too.

“India has eight lakh tonnes of flowers being dumped every year. We realised making incense sticks alone wouldn’t solve the problem and we needed to create something else with it, that would be a B2B product.” That is how the idea of Fleather (leather-like material made from flowers) came about. The company has already experimented with the material by making bags and upholstery out of it. 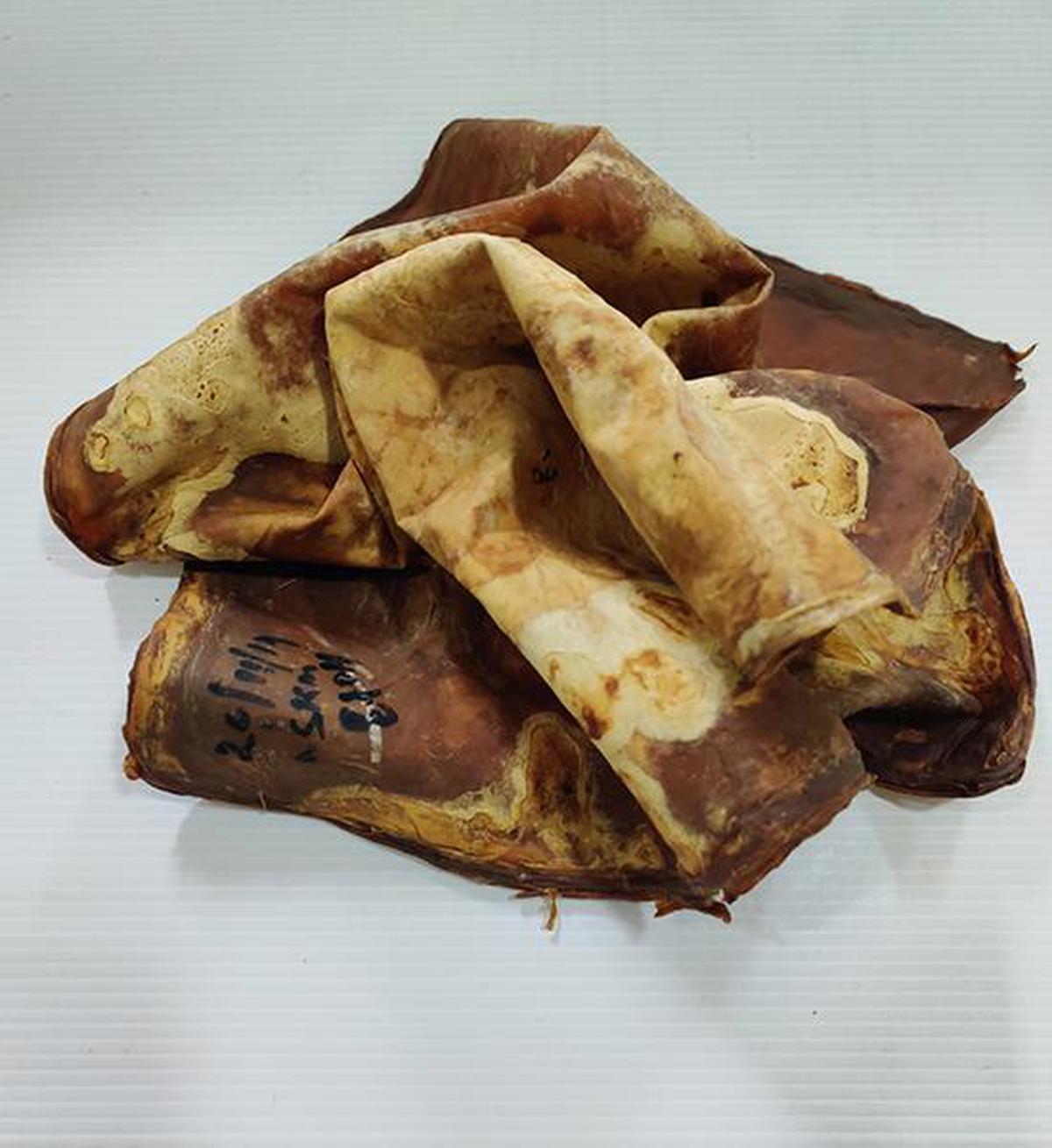 It took a year and a half to get this material right. Pleased with their handiwork, the 10-member team at Phool.co now wants to put India on the world map of fashion, with their vegan leather. “Earlier this year, we showcased Fleather at Lakme Fashion Week, where we were awarded PETA’s Best Innovation in the Vegan World,” says Ankit.

Currently the company is making 1,200 square feet of Fleather everyday. It is being made in batches of two-by-two feet which uses up around 400 grams of flower. The entire process takes 13 days. “You can get it in any colour or print you want. We have already got enquiries from European fashion brands,” he says.

Ankit says you can not find any difference between their product and leather. It has the same touch, feel and tensile strength; all at three-fourth the cost of leather, he says. The company is adding another stream of waste: farm stubble that will be converted into Fleather and eventually into bags, shoes and outfits.