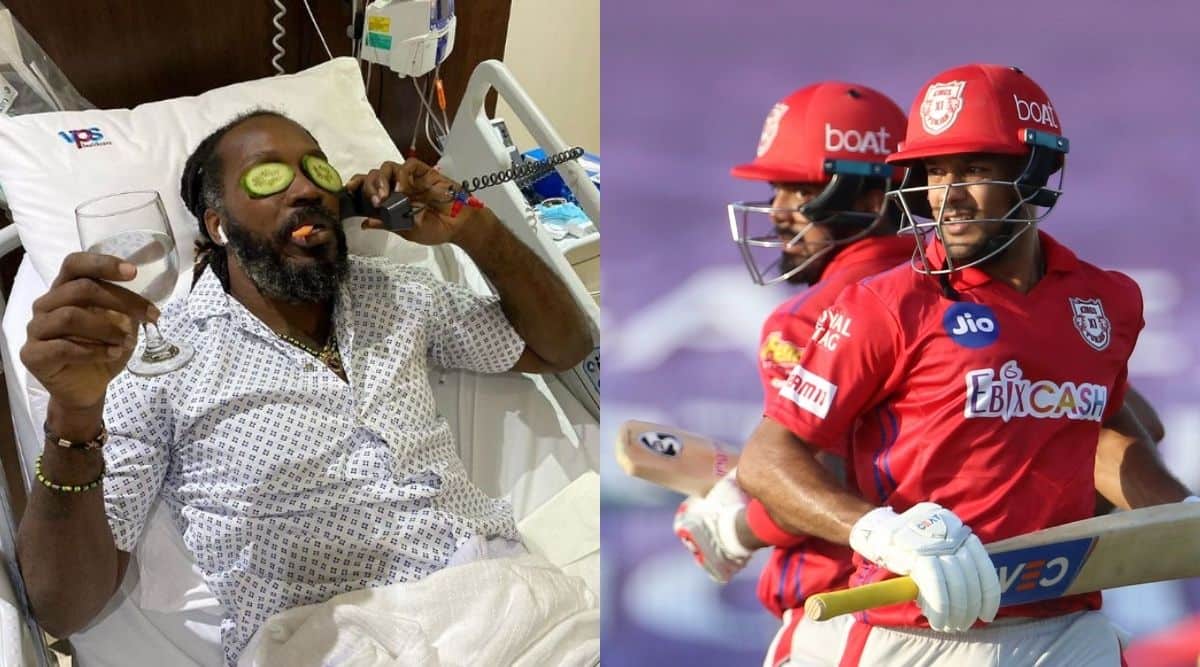 As per team management, Chris Gayle is hospitalised due to food poisoning. (Gayle Insta/BCCI)

Kings XI Punjab have touched the rock bottom in the IPL 2020 point table after having lost six out of seven matches they have played so far in the ongoing season. Despite skipper KL Rahul and opener Mayank Agarwal, the team has not been able to put out an impressive show. The loss against KKR on Saturday was another poor display of run-chase where Glenn Maxwell’s poor form came to the fore.

After the team suffered their sixth loss without Chris Gayle in the playing XI, the aggressive batter took to Instagram to post a few video stories that showed he is hospitalised. Gayle wrote,” I can tell you this!!! I will never go down without a fight!! I Am The #UniverseBoss – That will never changed!! You can learn from me…but its not everything I do you should follow!! Don’t forget my style and flare too!! Thanks for all your concerns peeps, much appreciated.(I really was on a phone call).”

Earlier, Punjab coach Anil Kumble had revealed that Gayle was supposed to play the match against Sunrisers Hyderabad but he was sick. “Chris Gayle was going to play today’s match but he is sick. He is down with food poisoning that’s why he isn’t in the playing eleven,” Kumble had told commentators.

Also, former Windies legend Brian Lara had also shown his disappointment after the Universe Boss was not included in Kings’playing XI against KKR on Saturday. “I’m really disappointed Chris Gayle is a fear factor… We’ve seen Jordan, has not been very good in the IPL so far, I’m not saying he’s a bad player but I think packing the batting with Chris Gayle is something that they should’ve done,” Lara said during a pre-match show at Star Sports.