Photographer Arjun Anand presents a closer look at tiger personalities in his book ‘Hamir: The Fallen Prince of Ranthambore’

Arjun Anand was 15 when he first visited Ranthambore National Park in the mid-1990s. He says in hindsight, “It changed my life in many ways.” Having frequented Ranthambore several times in the last 25 years, Arjun has authored his first coffee table wildlife photography book, Hamir: The Fallen Prince of Ranthambore (Pirates publishing), documenting some of the park’s Royal Bengal Tigers — in particular, the fierce and blue-eyed Hamir.

Edited excerpts from an interview:

What was special about Hamir that he became your muse?

I first saw Hamir when he was six to eight months old. He saw me and hid behind his mother. He would pop his head out and look at me and hide again. At times he would look at me, snarl and hide again. This went on for a while. It was like watching a human child playing peekaboo, and observing his bond with his mother (Laila – T41) instantly humanised him in my eyes. After that I’ve never considered him to be an animal.

How frequently do you visit Ranthambore; are there seasonal preferences? 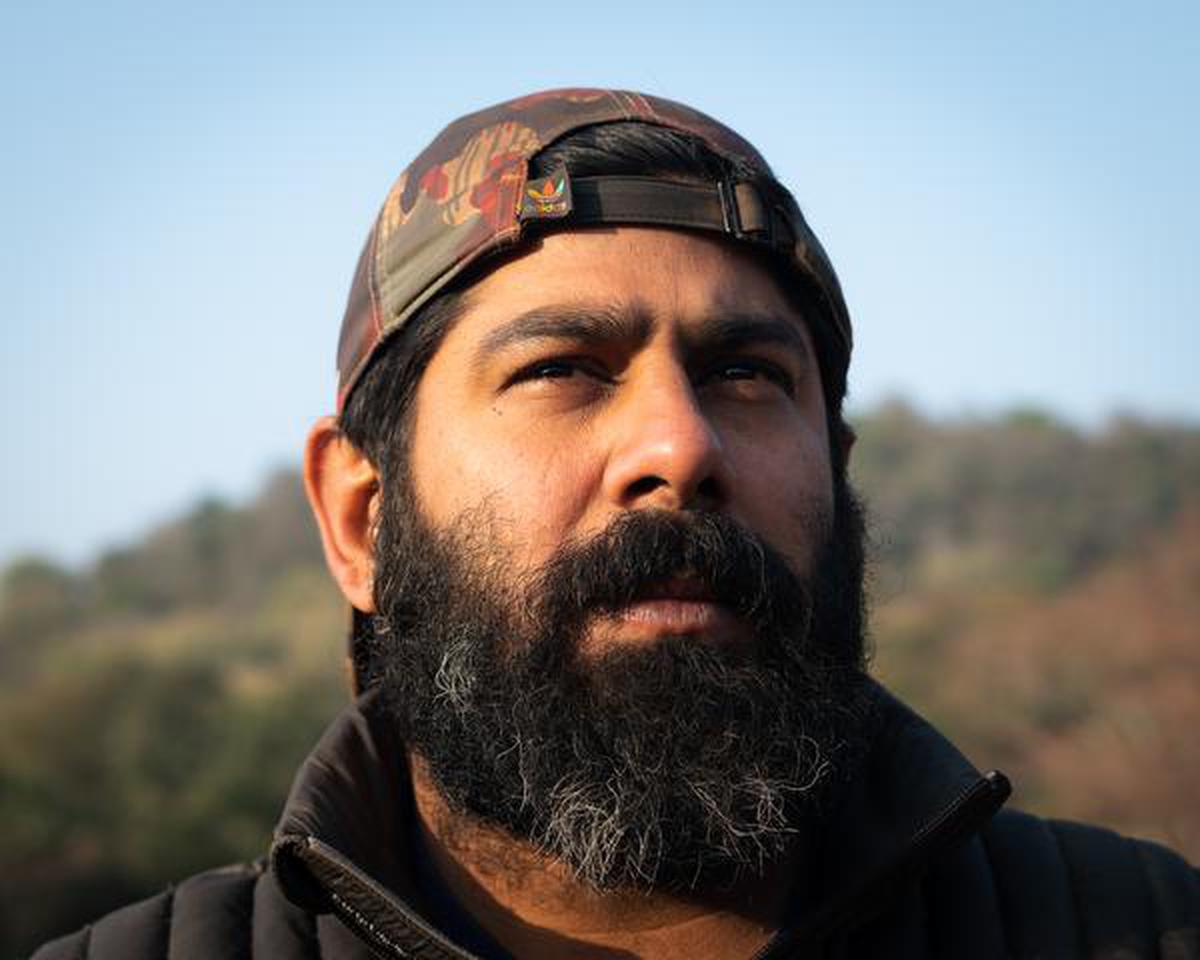 I’ve been visiting Ranthambore National Park since 1995-96. Initially I would go once or twice a year. As time went by, I started visiting the park more often. For this book, I must have spent about 200 days there, over two-and-a-half years.

Summers are great for sightings but the light is harsh. The heat wears down the tigers and they can look sluggish. The winter light is soft and ideal for photography, but tiger sightings get more rare.

The monsoons are a great time even with limited tiger sightings. The orange coat of the tiger stands out against the lush green foliage, adding vibrancy to the coloured images. If I had to just pick one, it would have to be the winter months.

Would you describe your technique as artistic or documentary wildlife photography, or a combination of both?

I consider my style to be artistic, with high-contrast black and white being my medium of choice. Nature is chaotic but I try to find moments of stillness, where a wild animal looks me straight in the eye. Often, I include foliage into my compositions to show the imperfections in nature and to highlight the moment I share with the wild animals, most often a tiger.

However, because at one point I focussed all my efforts on just one tiger, I did not have the luxury of choice. I had to take what I got and that added a documentary element into the project.

In the book, you mention the importance of being patient. Can you describe an incident where you’ve had to wait for hours, or days, to get the desired images?

Two instances come to mind. The first was when Hamir (T104) decided to go in search of his own territory. Though I searched all over the park, I couldn’t find him for about 10 days. What made matters worse was that tigers in other parts of the forest were being sighted — but by then I was exclusively working on Hamir. That is the longest dry spell I have had at Ranthambore.

The second long wait was when I wanted an image of the famous tigress Arrowhead (T84) crossing the Rajbagh lake. I had witnessed crossings on many occasions but could not make an image that I would want to put up on my wall. I had to wait three years.

How does understanding tiger personalities help in becoming a better photographer? When you follow them frequently, you learn about their behaviour and temperament and create images accordingly. Take Hamir (T104), for example. I would not dare approach him; if he approached my safari vehicle, after a point I would instruct the driver to back away. Hamir was aggressive. On the other hand, Noor (T34) and her daughters were docile. I have photographed most of them using wide lenses from distances of less than three feet. The same rule applies to tigers that are shy versus tigers that are bold. Arrowhead (T84), an extremely bold tigress, does not shy away from safari vehicles. Once you identify the characteristics of a tiger, you can decide what kind of image you want to take — stalking, hunting, feeding, relaxing, mating, close-up or habitat shot. The best you can do with a shy tiger is to create a tight portrait before it runs away.

Understanding animal behaviour also enables one to pre-empt the tiger’s next move. If the photographer knows what to expect, they can make the necessary changes to their camera settings or better position themselves. In any genre of photography, being proactive rather than reactive translates to getting a strong aesthetically pleasing image.

Now that Hamir is out of bounds for photographers and visitors, what do you look forward to when you visit Ranthambore?

I’ve had the privilege of photographing a legend, and I don’t say that because he attacked a dozen or so safari vehicles or because he turned maneater. Despite his dubious fame, he was an interesting tiger. Now, he is kept in a separate enclosure in the park. My heart goes out to those who lost their lives and their families. I am saddened that Hamir will never see freedom again but I know that had he not been captured, his rampage would not have ended.

For me, visiting Ranthambore is so much more than photography. Just being out in the wild is a privilege. It’s almost meditative.

You prefer to shoot in black and white but there are colour images as well in the book. How do you decide which works best for an image?

For this book I had to include colour because when I started documenting Hamir (T104) I had to accept what I got. There is this sequence where Hamir is chasing domestic buffaloes on a farm that was inhabited by humans. Had I been choosy, I would not have been able to document this scene. Something like this occurs maybe once in 10 years.

Generally, when making black and white images, you are after contrast over and above good light. I see a lot of younger photographers making the mistake of converting their images to black and white to hide a flaw in the image. Unfortunately, it doesn’t work that way. You have to literally learn to start seeing in black and white.

I am photographing lions, tigers and leopards in India and parts of Africa for my new book.