Against a sea of ink blue stands Caernarfon Castle, built by Edward I in 1283, in Gwynedd county, Wales. In another frozen moment, shades of pink, purple and warm orange caress the serene shores of Snettisham Beach in Norfolk as the sun sets. For British photographer Quintin Lake, these sights sum up the diversity of Britain’s coast, along which he had been walking for 454 days, since 2015.

Four hundred and fifty four days and 11,000 kilometres on the trail; 268 days of photo editing; seven worn-out shoes and many months of planning led to Quintin’s project The Perimeter: a collection of 1,79,222 photographs that capture the landscapes that together make Britain’s coast. 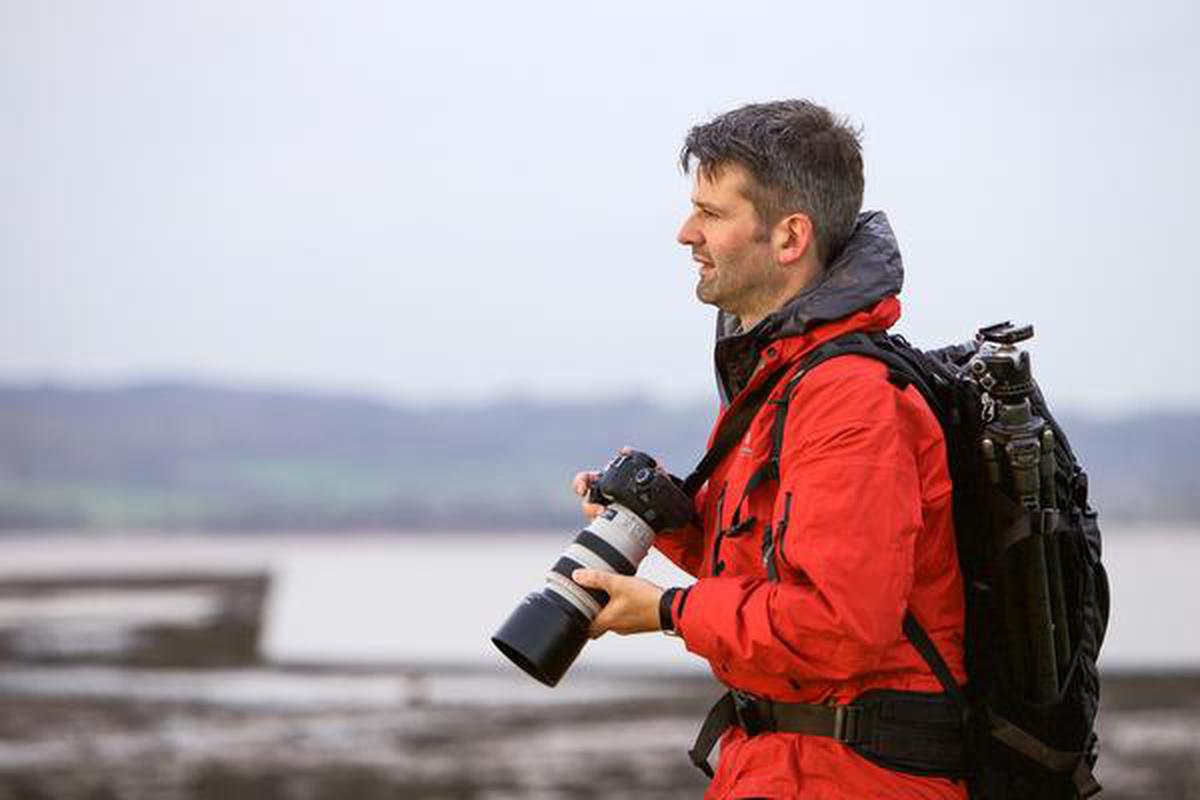 Lake, who started off as a commercial landscape photographer almost 20 years back, says he loves being outside. He has travelled to over 70 countries in pursuit of moments and frames. In an email interview, the photographer — who is now at his home in London — says, “To be in the landscape, rather than inside, feels connected to the cosmos… and it’s this connection to things bigger than ourselves that fascinates and satisfies me.”

After training as an architect, he initially used photography to record ideas but soon enough, realised that he is better at perceiving these images as they are, instead of, as a method. The inspiration for The Perimeter came from earlier projects, in which Lake walked along rivers Thames and Severn from the source to the sea. “When I got to the coastal sections, I was really inspired by the diversity of what I was seeing. I felt this was the key to see Britain with fresh eyes,” he recalls. The British coast, he adds, juxtaposes so many different things in quick succession.

Though Britain is a small island, it has a vast coastline: one-fourth of the circumference of the globe. Its varied geology and history give rise to varied landforms, vegetation, dialects and this difference also seeps into their appearances. “Walking the British coast felt like a beautifully choreographed piece of music – one or two weeks had a particular flavour and then that flavour would change and the topography changes at a walking pace.”

But, why did he choose to walk? A lot of Scotland that comprised 200 days of his trail had no defined path, thanks to its mountainous terrain. “If I felt the storm in my face for a few days, and I felt the soil because I was sleeping on it, then I could also feel the pictures better. I find that if I drive somewhere to take pictures, then I end up taking postcard views,” says Lake.

A path so bleak

Lake’s journey along the Knoydart Peninsula in Scotland was the toughest but also, the most beautiful. As the mountains fall steeply into the sea, the easiest route in this pathless terrain is through mountain ridges and passes. “As it was winter, four hours of everyday involved night hiking with a head torch and each evening, I poured water out of my boots and peeled off wet clothes before entering the sleeping bag,” he recalls. Sunset over the Humber, Yorkshire

On the other hand, Scotland in summer was swarmed by midges, which made cooking and resting a great challenge, he says. Another unforgettable experience was in Broomway, on a nine kilometre tidal path connecting the mainland to Foulness Island, which is known as England’s most dangerous path. “The tide comes in faster than a man can run and is affected by wind and air pressure.” he says, explaining that the path (which is invisible on the ground) must be followed very precisely as on one side there is sinking mud and on the other, there is unexploded ordnance. “When I walked it alone, the clouds were reflected in the wet mud like a mirror, so it felt like walking on water.”

Lake started with an ultralight backpack with felt running shoes and Cuben Fibre gear. “But it just wasn’t strong enough, it got shredded! I ended up with Scottish winter mountaineering gear. With food and fuel, I was carrying 20 kilograms at the end. As I was carrying five kilograms of camera gear, I had a very minimal camping setup to save weight. . Lake also used a disposable water bottle as it is lighter than the commercially available water bottles. “It is very battered now but it lasted over 400 days so I’ve become very attached to that.” 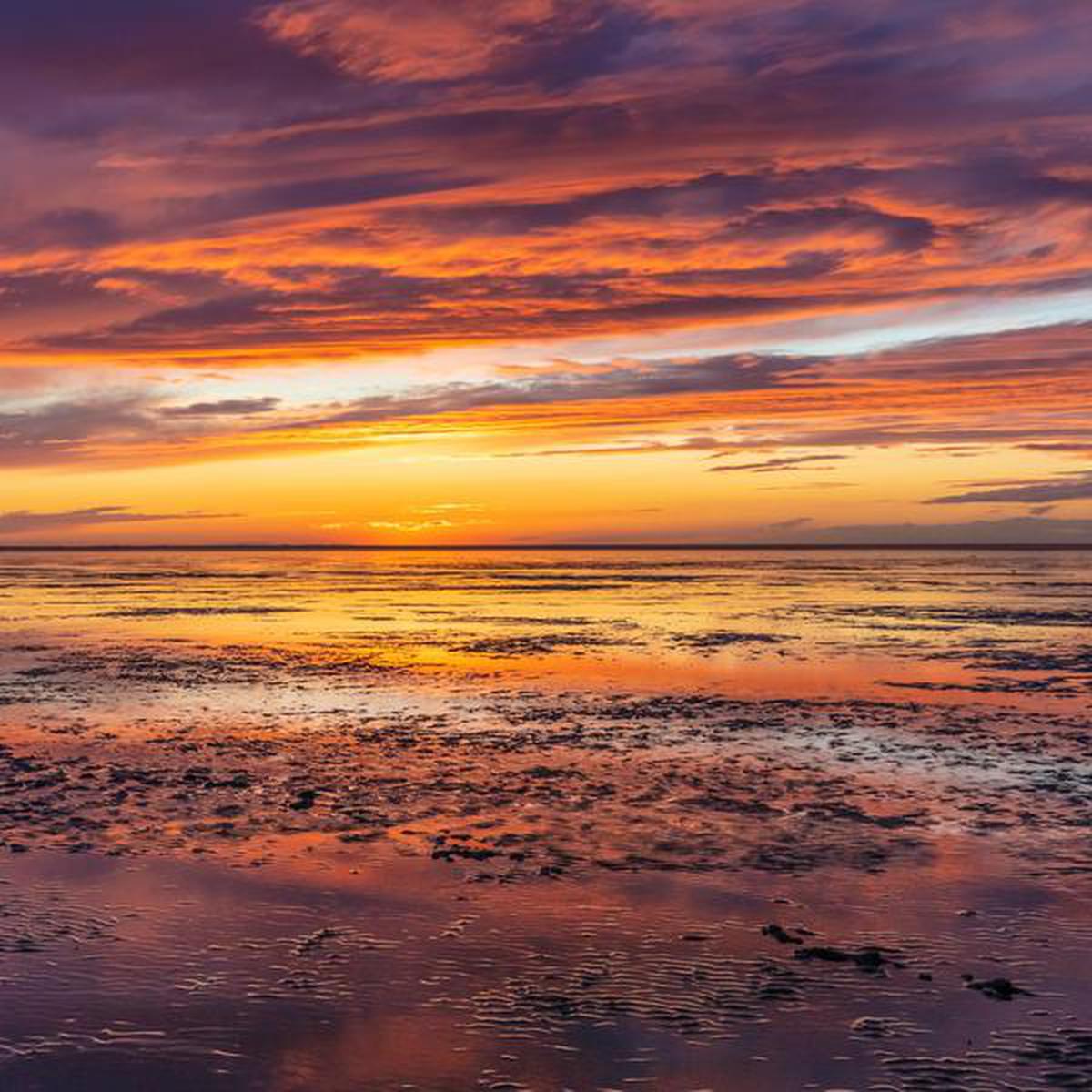 After a split tendon in his foot that took seven weeks to heal, shin splints and countless blisters he reached the track to Cape Wrath, Scotland’s remote Northwest location — the point of completion.

It was midnight of Sepetember 15. An excerpt from his diary entry of the day reads, “I am overcome by relief and emotion and collapse to my knees to kiss the road in the pouring rain. Exhausted, I pitch the tent below the lighthouse as the beam swings diffused through the dense rain above. The gentle rumble of a generator blends with the rain as I fall asleep.”

See more of Lake’s photographs which are available for sale at https://theperimeter.uk.