Darbara said he knows he is at risk amid the pandemic, but “still I am in fields. What for? Because of our Prime Minister Narendra Modi, as he has got three farm laws passed with which we don’t agree.”

A 94-year-old farmer leader cycles 5 km to reach the dharna spot, an 83-year-old says, ‘looking at our united struggle…I think, I will live more’ Darbara Singh is a resident of Mehal Kalan area of Barnala. He never went to school, and has six and a half acres of farm land which is being handled by his son and grandson. On Thursday morning, Darbara cycled 5 km to reach the toll plaza site on Barnala-Bathinda road, where farmers were staging a ‘pakka morcha’. In the evening, he again cycled 5 km to get back home.

During the dharna, he not only shouted slogans with the vigour of a younger man, but also waved high the flag of BKU (Dakonda). “I eat desi food and I can digest everything. I have been associated with the union since I was 25, when we used to do manual farming,” said Darbara.

He further said, “I may be illiterate, but before the Green Revolution, I used to do farming in a way that I was self-sufficient. I was happy as well. I used to grow bajra, oilseeds, gram, jau, maize, cotton etc. We used to plough the fields manually. There was no dearth of food in the house. In fact, the whole village used to be ‘atma nirbhar’. Green Revolution made us dependent on fertilisers. We purchased tractors and became lazy, debt-ridden. Now they want us to change even this model, give agriculture to private players, but we will not do it.”

Darbara said he knows he is at risk amid the pandemic, but “still I am in fields. What for? Because of our Prime Minister Narendra Modi, as he has got three farm laws passed with which we don’t agree.” 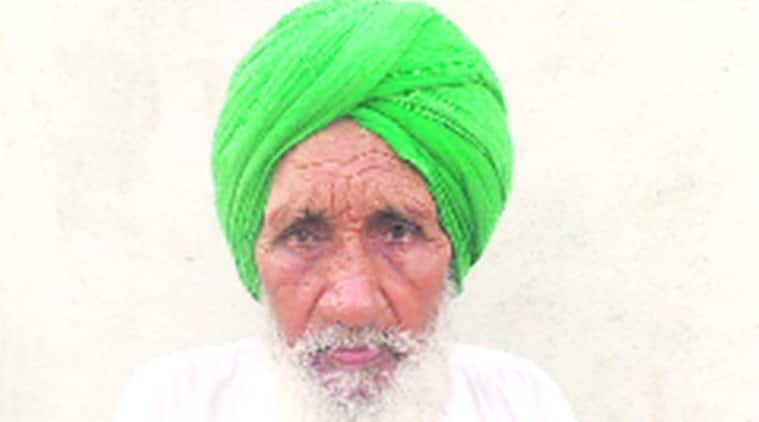 Ramphal Singh from Mansa’s Bahadarpur village sat for hours on the rail tracks on Friday. “I have 6 acres of land and I have divided it among my three sons . I live with my elder son. I was always into union activities. Earlier was a comrade and now I am vice-president of our block in Mansa. Age is just a number for me…Looking at the protest for a cause and that too unitedly, I feel I will live longer now,” he said, adding that he never went to school.

“Manu lagda hai ki meri umar vadd gayi hai. I have grown old. Why should I sit in dharnas? Because I am worried about my sons. We don’t want to be dependent on any private company. We were happy before the Green Revolution, had no debt and used to live peacefully. These governments made us grow wheat and rice for the country and now want us to grow for some companies. If Modi does not agree to us, we too don’t agree to his diktat,” he added.

On Thursday, he took a team of 30 farmers along with him to Mansa railway station. He still makes speeches, apart from various other duties. He belongs to Poohla village of Bathinda and he has been active in protests since September 15 when a ‘pakka morcha’ was organised outside former chief minister Parkash Singh Badal’s house. He slept at the morcha site for a week before it was lifted on September 23 and on Thursday he was at the toll plaza on Barnala-Bathinda highway, holding the flag of BKU (Ugrahan) and sporting a badge of the union on his kurta. Poohla said, “I became part of the union when I was 65, when I realised that farming is not a profitable venture. Pehla sukhala si, assi desi kheti karde si…sab kuch pind vich hi ugande si…bus namak bajaron lende si (earlier it was easy, we used to do natural farming and grow everything in the village. We used to buy only salt from the market.”

He added, “Later we were introduced to pesticides, fertilisers and we were asked to grow wheat, paddy for the country. We did hard work and fed the whole country. In due course of time, our water level went down, pesticides, fertilisers have even made fields poisonous. But this is what we are being given as reward — to work as per corporate companies in our own fields. I thought prime minister values Punjabi farmers but I was wrong.” Nachhtar Singh never got married. His two acres are being managed by his nephew with whom he lives. He has been associated with BKU (Dakonda) for the past 12 years, and is often seen motivating villagers to be part of protest dharnas against farm laws.

“I never went to school, but I know the intricacies of farming. I used to plough my fields myself manually and even used to do all farming works manually, from sowing to harvesting. We never had to worry about crop too much until we started using fertilisers. Now one or the other disease start striking our crops. Earlier we were dependent on nature and hence used to grow cotton, maize, bajra, jowar etc and used to eat the same. Hence used to stay healthy as well.

One thing I remember is that we had ample food at home for eating and no dearth of milk, ghee and other dairy products. Modernisation came and we became slaves of machinery. Now we are debt-ridden, unhealthy and even our fields are not that fertile. My family is my brother’s family and hence I will fight till the end to get justice for farmers. We don’t want to become slaves of anyone anymore. This is the reason why I go to protest every day with 40-50 farmers and come back in the evening. Sometimes, I even sleep at the dharna site. Corporate houses are not allowed in our state.” Even at the age of 80 years, Surjit Singh can easily sit on the ground for hours together, raise slogans, walk 5-10 km holding the union’s flag without feeling tired. Singh had been actively working as state vice-president of BKU (Ugrahan) and also general secretary of the Bathinda unit of the same union.

But a few years ago, he gave up his designations as he was growing old. However, he continues to attend the dharnas and occasionally gives speeches as well. Surjit hails from Gill Kalan village of Bathinda.

“I have been with the union for 35 years. I had no worries when I used to grow crops of my choice before 1976. I had no debt as well. Now I have a debt of Rs 7 lakh. I have 12 acres of land and I do wheat and paddy cultivation to get assured returns,” he said.

“In the good old days, when farmers used to do farming manually, we used to exchange grains for every work. We used to give a certain amount of grains to our tailor and he used to stitch clothes for a year, similar was the case with slipper manufacturer. Our siri (farm labourer) also used to get grains and he used to work for one year in our fields. We used to travel in our bullock cart if we needed to go anywhere. Used to grow cotton, maize, wheat, bajra, black gram, oilseeds etc. and also used to exchange crops with farmers so as to get whatever we wanted for our daily needs. PM Modi talks of being atma nirbhar now, but we used to be atma nirbhar way back in 60s. Now we are dependent on governments. So have we grown?

The farm laws which have been passed are all set to kill farming of Punjab. During Green Revolution, Punjab farmers were given a larger role to feed the country, we did it and now they must stand by us. They never asked us what we wanted, and have implemented laws on us. They will grab land of farmers and I will not let it happen. My fight is for the young farmers as I have lived my age.” 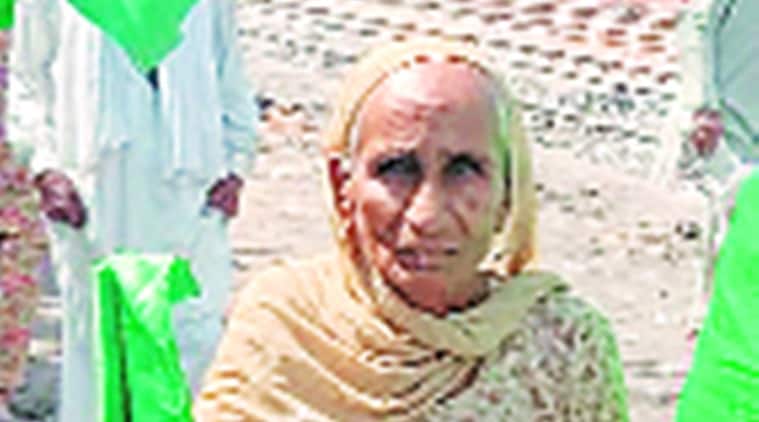 Darshan Kaur lives in Kurar village of Barnala district. With a bent spine, she has to use a walking stick to move around. However, these days, she is using the kisan union flag as her walking stick. She has been part of BKU (Dakonda) for more than a decade. On Thursday and Friday she went at Barnala railway station to stage a dharna and performed duties for cooking langar for the farmers.

Kaur said, “Farmers’ struggle will succeed when the whole family will walk together. Farmer earns for the family and hence, we are with them in this tough and long struggle.”