Lewis Hamilton claimed his 88th Formula One career victory and, with it, an outright record 156th podium finish on Sunday when he drove his Mercedes to a masterful victory in the Spanish Grand Prix.

It was the World championship leader and six-time champion’s fifth win in Spain, and his fourth in consecutive years, extending his record run of finishes in the points to 39.

Hamilton, who had shared a record 155 podium finishes with Michael Schumacher, increased his lead in the drivers’ title race to 37 points ahead of Verstappen. 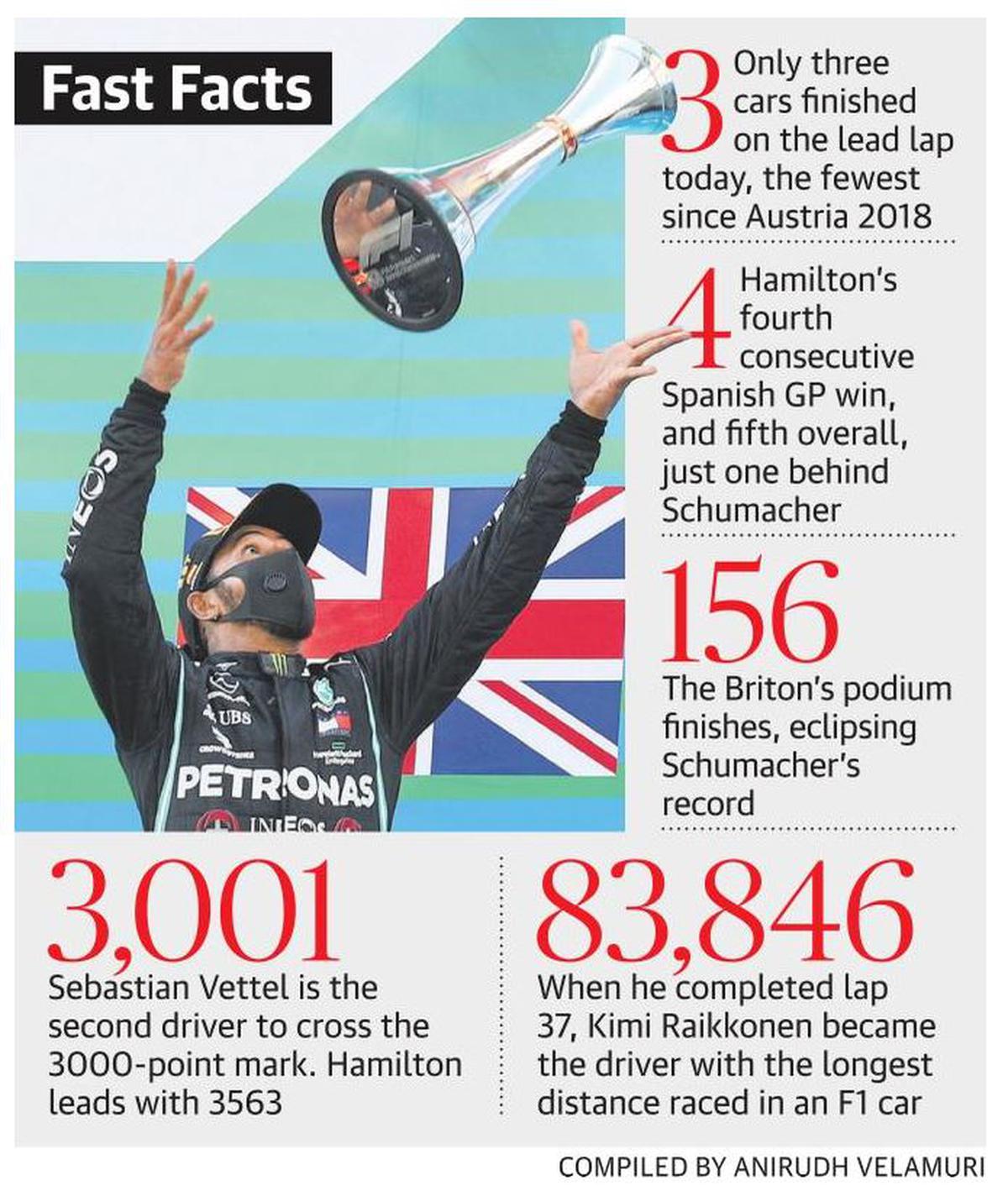 Sergio Perez, back in his Racing Point car after missing two races with coronavirus, was fourth ahead of teammate Lance Stroll and Carlos Sainz of McLaren.

“Wow, I was in another zone then,” said Hamilton. “I didn’t even know it was the fastest lap. I was in a daze. Fantastic effort by the team.”

Bottas said: “I lost a place at the start and that was it. It’s so difficult to pass around here.” sFour-time champion Sebastian Vettel, in his final season with Ferrari, finished seventh ahead of Alex Albon in the second Red Bull, Pierr Gasly of Alpha Tauri and Lando Norris who was 10th in the second McLaren.