In completely unsurprising news, the first benchmarks of the Microsoft’s Surface Duo may have just hit the web.

In the early benchmarks, the Surface Duo produced a single-core score of 762 and a multi-core result of 2,867. This is the first benchmark we have of the dual-screen optimized Snapdragon 855 chipset, and the results are certainly promising. 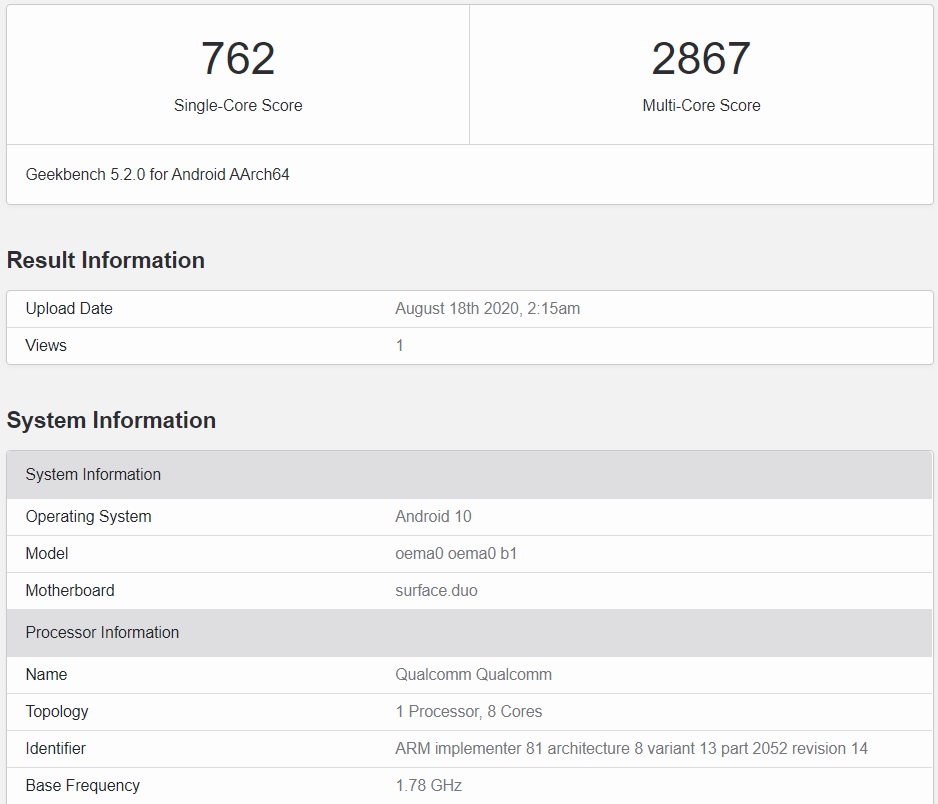 It’s worth noting that the results are slightly better than the benchmarks of Samsung’s two foldable phones. The Galaxy Fold, Samsung’s first-generation foldable phone with a Snapdragon 855 and 12 GB of RAM, produced a multicore score of 2,663.

Microsoft’s foldable phone result won’t challenge Apple’s iPhone 11, where the phone is powered by A13 Bionic and the multicore score is 3,584.

However, the Surface Duo does outperform all other foldable phones, including the first-gen Galaxy Fold, Galaxy Z Flip, and the Motorola Razr, which managed to fetch a multicore score of just 1,509.