Apple and Google have started rolling out the Covid-19 Exposure Notification technology, on which these two tech giants are working jointly. The solution, the first of the kind collaboration of its kind between the two California companies, is expected to help contact tracing apps developed by various public health bodies to work better with as little data as possible and offer reliable service.

The solution so far has been adopted by several countries in Europe such as Switzerland, Austria, Italy, Poland, Germany. Many countries are developing their contact-tracing apps on the basis of the Exposure Notification protocols. For example, the United Kingdom has dropped the idea of designing its own contact tracing application instead use Google-Apple’s Exposure Notification after its application was found to have huge security flaws. Germany also did the same.

Does Exposure Notification work in India?

The Exposure Notification is visible on both Android phone and iPhone users in the country but is not usable. The API from the exposure notification feature is not being used by Aarogya Setu, the government-promoted contact tracing app. This is because the Apple-Google solution strictly prohibits the use of location data of users, Aarogya Setu uses this and Bluetooth data to track users coming in close contact with people at risk.

The Aarogya Setu app requires users to enter a few personal details such as phone number, name, and so on. On the contrary, tool developed by Google and Apple incorporates strict privacy protocols and doesn’t let contact tracing apps record user’s personal details.

Since the launch Aarogya Setu, has been under scrutiny for collecting and storing user data on their server. Time and again the government has clarified that the app is safe to use and collects only basic user data to track the user’s movement and not beyond. Exposure Notification works differently and uses only Bluetooth data to track users coming in close contact with people exposed to others at risk for Covid-19. 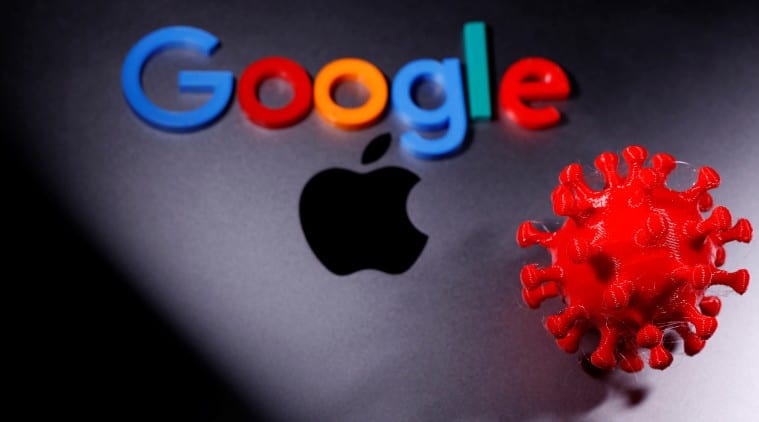 Even though the solution has begun rolling out in India, the Aarogya Setu app does not use the API as of now. Commenting on whether Aarogya Setu will be tweaked to meet the requirements for the solution, Ministry of Electronics and Information Technology spokesperson told The Indian Express: “No decision has been taken as of now. We will check what requirements they are asking and then decide accordingly whether we want to participate.”

How does Exposure Notification work?

The access to Exposure Notification solution will be available only to apps from public health authorities such as the government of India. These apps are required to meet some criteria around privacy, security, and data use. “All of the Exposure Notification matchings happens on your device, which means only you and your app know if you report having Covid-19 or been exposed to someone who has reported having COVID-19. Your identity is never shared with other users, Apple, or Google,” Google’s support page note.

Explained: What Apple-Google Covid feature does, and why it doesn’t work in India

Once a user opts-in to use the solution random ID will be generated for every user. These IDs will change every 10-20 minutes so that they can’t be used by anyone to identify a user or their location. The user’s phone and the ones in the vicinity will then exchange these IDs among themselves using Bluetooth to keep a check on IDs associated with positive COVID-19 cases against its own list. In case there’s match the app will notify users and connect with local health officials.

“Each user gets to decide whether or not to opt-in to Exposure Notifications; the system does not collect or use location from the device; and if a person is diagnosed with COVID-19, it is up to them whether or not to report that in the public health app. User adoption is key to success and we believe that these strong privacy protections are also the best way to encourage the use of these apps,” the tech companies noted in a blogpost.